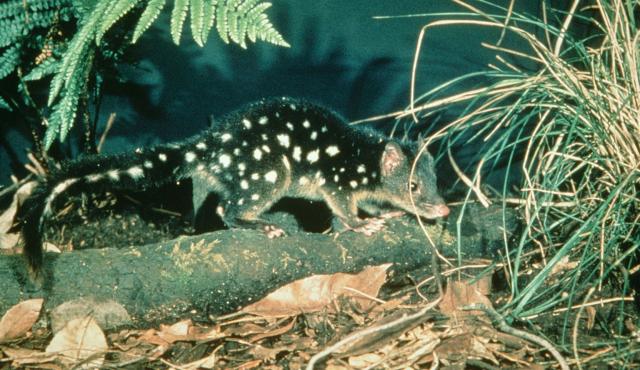 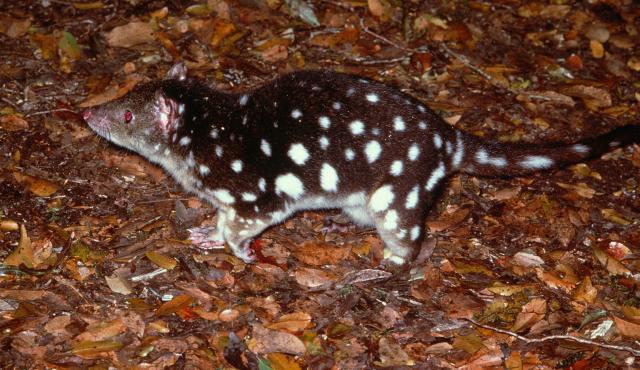 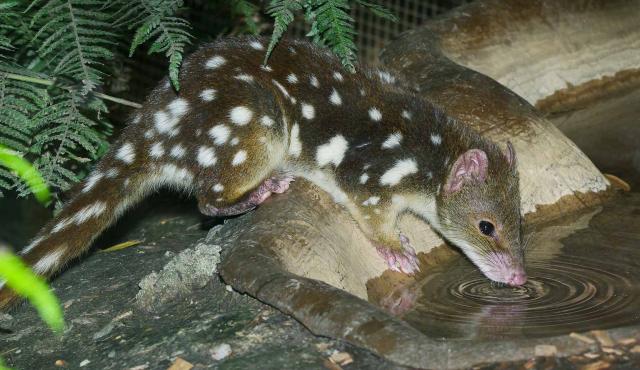 Usually hunts alone at night, sometimes during the day. Good climber. Uses tree hollows for shelter and fallen trees as runways. Breeds in late autumn to early winter so that young become independent in early summer when food is most abundant. Up to six young per litter, in grass-lined underground den. Introduced predators including foxes and cats eat the quoll's food supply, as well as prey upon the quolls directly. 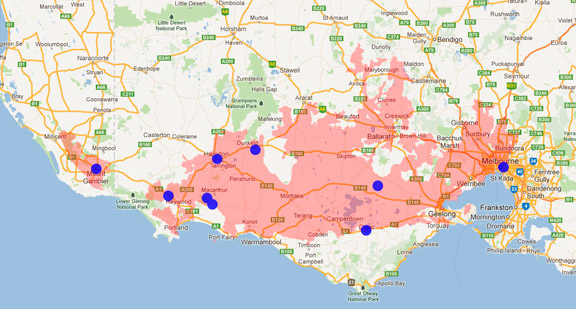 Only Australian mammal with a spotted tail.