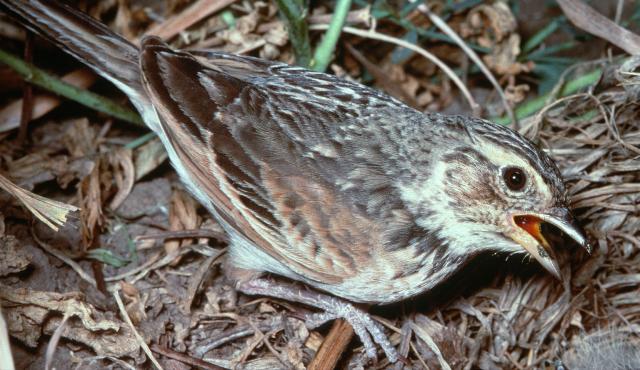 Horsfield's Bushlark is more often heard than seen, singing while in flight.