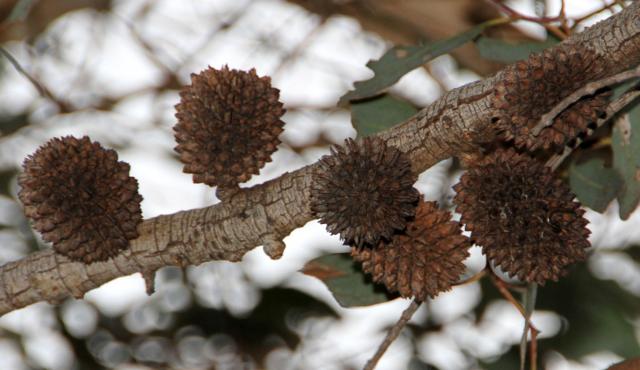 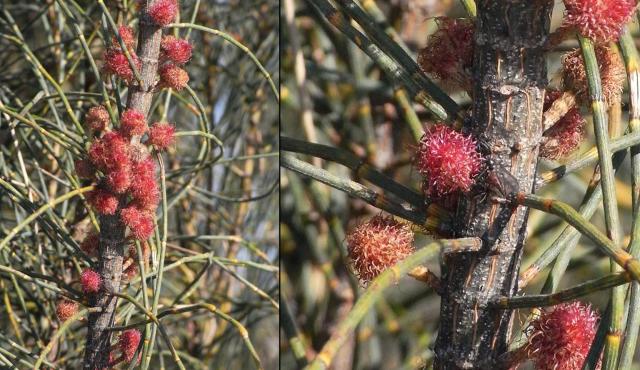 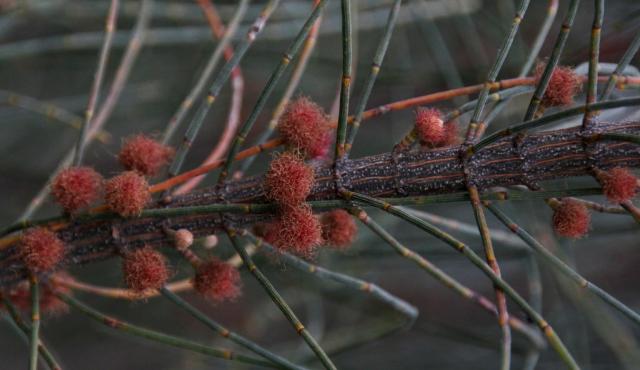 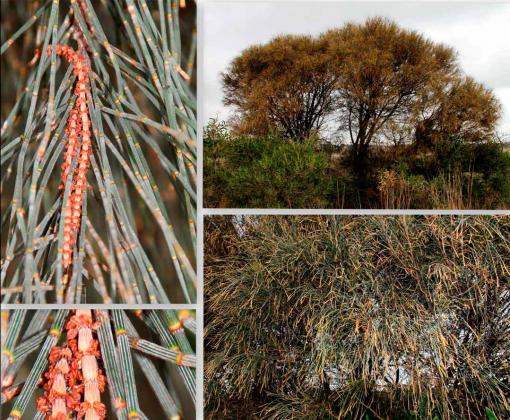 Separate male and female plants, pollinated by the wind. The male plant produces masses of pollen. Female flowers are designed to hang from the tree enabling them to catch the pollen. Nitrogen-fixing plant living symbiotically with mycorrhizal fungi. This enables the plant to fix nitrogen and absorb nutrients provided by the fungi which is attached to the root system. 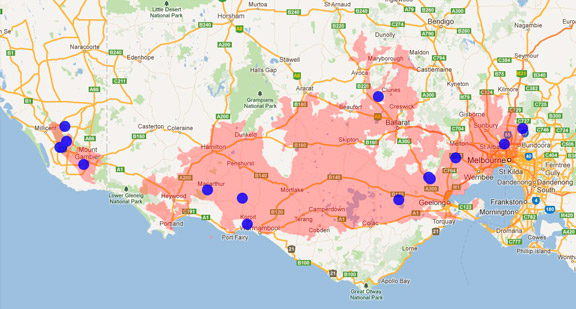 Range extends east from the Eyre Peninsula in South Australia, across Victoria to south-eastern New South Wales. Also occurs in the drier parts of eastern Tasmania and on Flinders Island.

The leaves on this plant are reduced to ribs on the branchlets which end in leaf teeth. This reduces water loss from the plant so it is able to grow in very dry conditions.