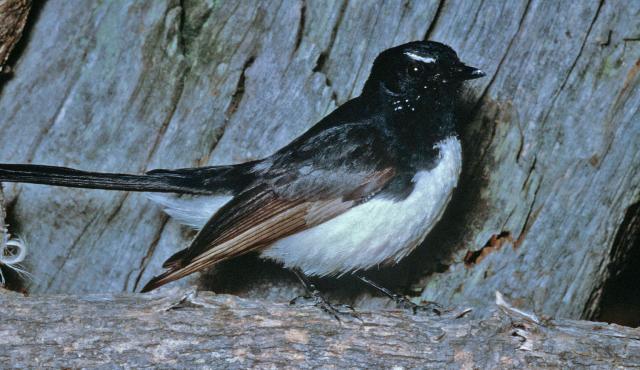 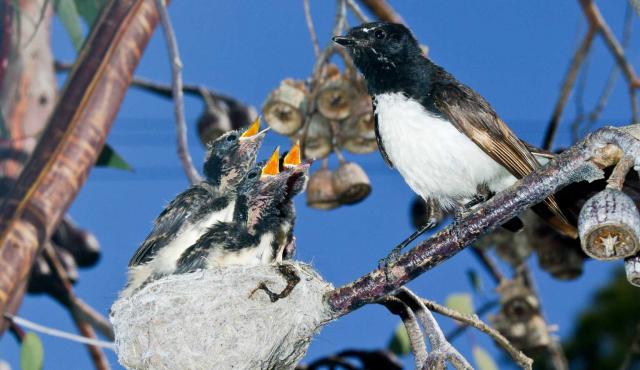 If conditions are favorable will breed throughout the year, but generally between August and December. The nest is a small cup of grass bound with spider's web placed on a horizontal branch 1-15 m high. Clutch size is between 2 and 4 and when seasons are favorable up to 4 clutches are raised. Eggs are incubated for 14-15 days by both parents. Young stay until the next clutch hatches and are then driven away. The nest is defended aggressively. 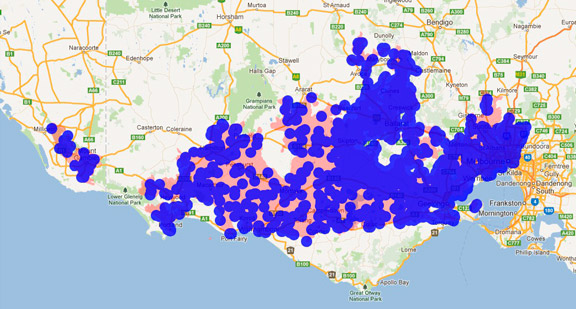 The name wagtail originates from the sideways wagging of the tail.