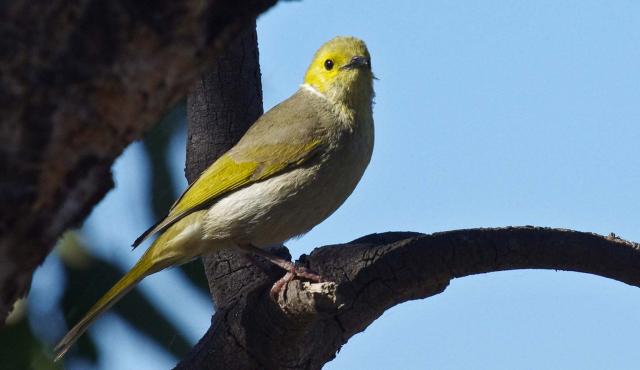 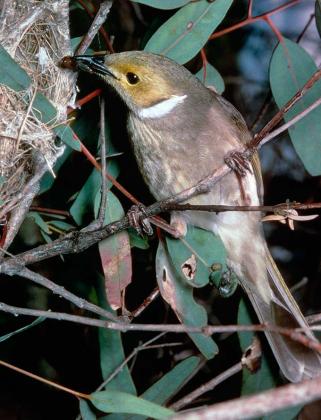 A gregarious bird forming small flocks to forage. Breeds most months with sufficient rain, but usually August to December in the southern parts of Australia. Pairs of birds build cup-shaped nests hanging in foliage 1-9 m high. Clutch size is 2-3 eggs and they are incubated by the female. Two to three clutches can be produced in a year. Both sexes feed the young, often with the aid of other birds. 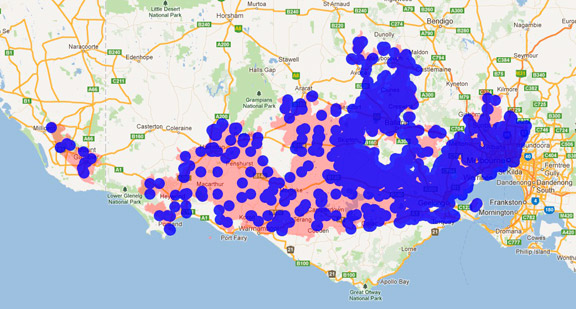 Endemic to mainland Australia. Found all over the mainland except for the tropical north, Cape York Peninsula and very arid areas.

White-plumed Honeyeaters aggressively defend their territories, often grouping together to drive larger birds away. They are often the first birds to respond to the presence of a predator.