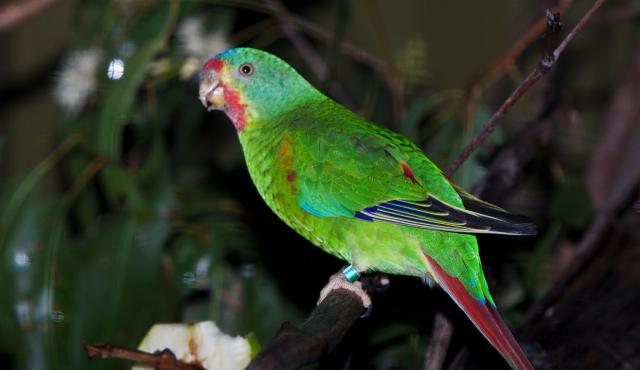 Roosts communually. Almost always found in trees, only coming to the ground to drink. Breeds September-December in Tasmania. The timing varies with the flowering of the Tasmanian Blue Gum. Nests in hollows in trunks of trees with pairs often returning to the same spot each year. Between 3 and 5 eggs are laid. The females incubate the eggs for 20 days. The male helps to feed the chicks. Chicks leave the nest after 6 weeks. 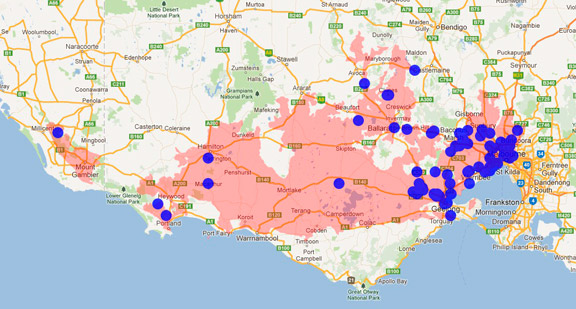 Endemic to south-eastern Australia, breeding only in Tasmania. Found mainly in southern and central Victoria in winter and also in eastern New South Wales.

Swift Parrots rely on flowering eucalypts as their food source. During dry years they may fly long distances in search of nectar.