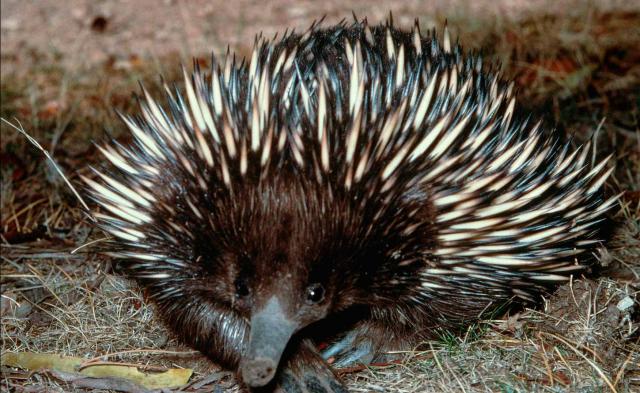 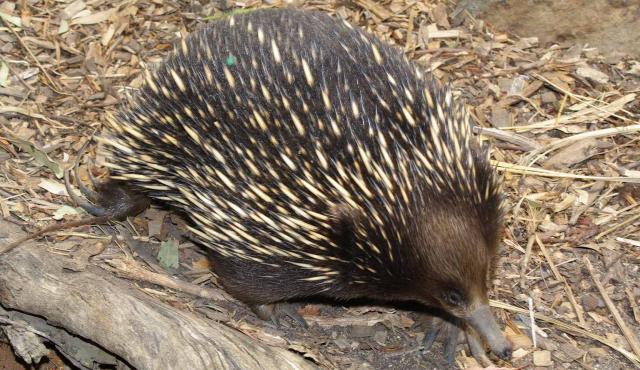 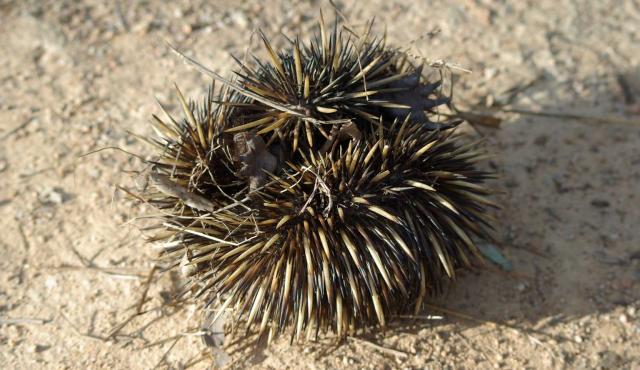 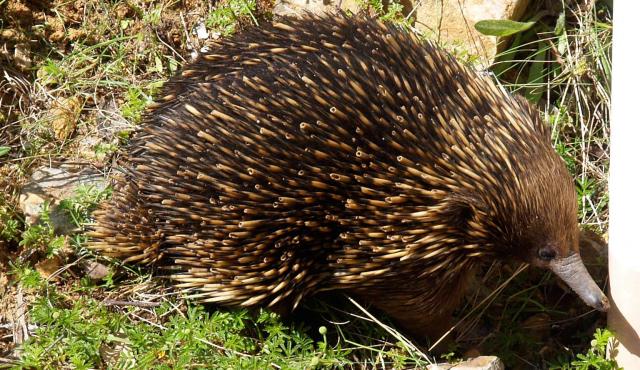 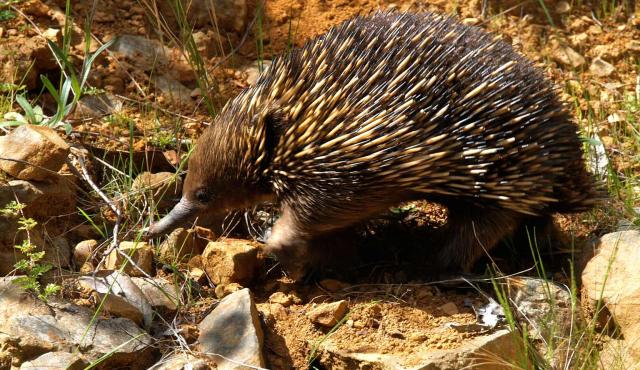 Use their long, sticky tongue to catch food. Digs for food at the base of rotting stumps or around ant nests. Clues to look for are semi circular diggings on the ground or rotting fallen timber that has been torn apart. Echidna scats can have lots of soil or sand in them as soil also sticks to their tongues when they lick up insects. Tough external skeletons of insects can also be seen in their droppings. Females lay a single egg in a small backward facing 'pouch'. The young echidna stays with their mother for about a year. 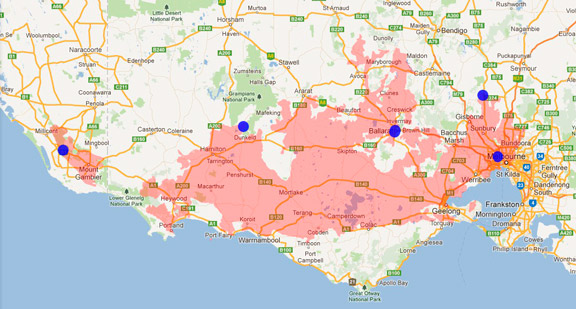 Throughout Australia, including across Victoria.

Male echidnas form an 'echidna train' during the mating period where several males follow a female in single file snout to tail.