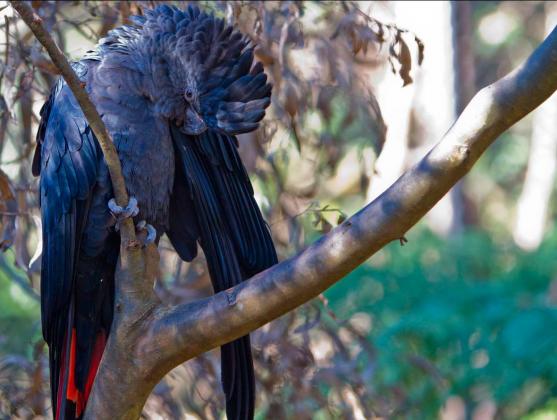 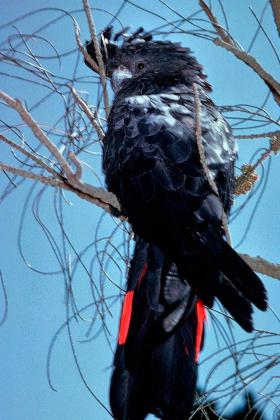 Breeding season from October to May. One egg is laid in the hollow of old trees, mainly eucalypts in or at the edges of Brown Stringybark woodland. Both adults are involved in feeding the young. Can live up to 20 years in the wild. 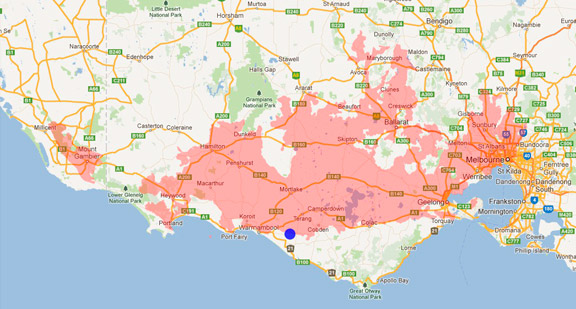 Five sub-species of the Red-tailed Black Cockatoo exist in Australia. C.banksii graptogyne is only found in south-eastern South Australia and south-western Victoria.

The only black cockatoo found in north and far inland Australia.