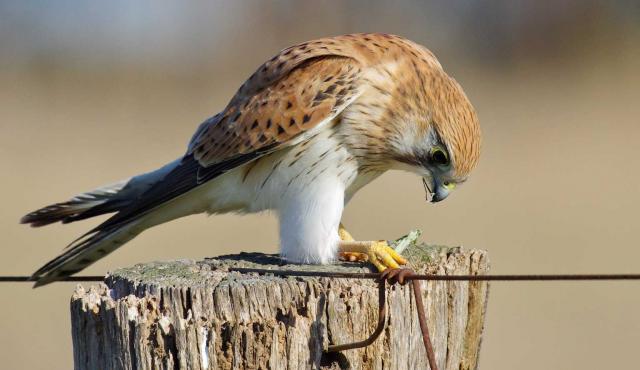 Breeds August-December. Nankeen Kestrels hover above open pastures whilst hunting, looking to catch rodents below in the grass. In grasslands of the south, established pairs are resident year round. Three to seven eggs are laid in late winter and incubated by the female alone. Hatching takes place after 26 to 28 days, with the male bringing food to the female. Multiple broods are raised in good seasons. 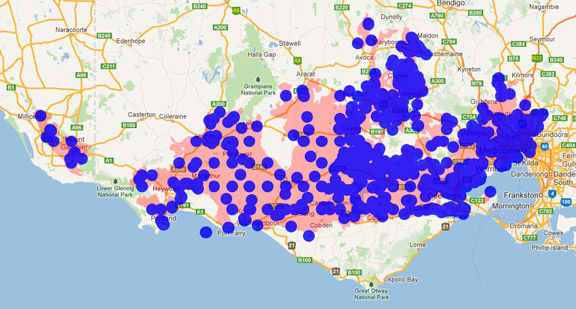 Widespread in mainland Australia. Uncommon and non-breeding visitor to Tasmania.

The smallest Australian falcon. Hovers in mid air and once prey is spotted moves nearer to the ground until it is close enough to pounce.