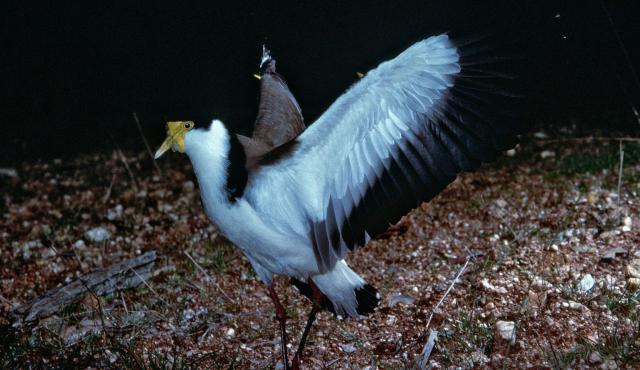 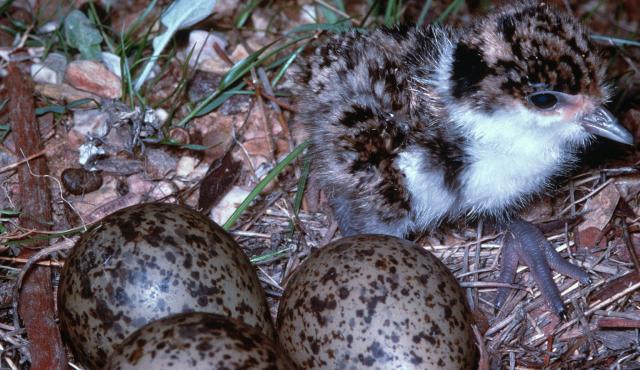 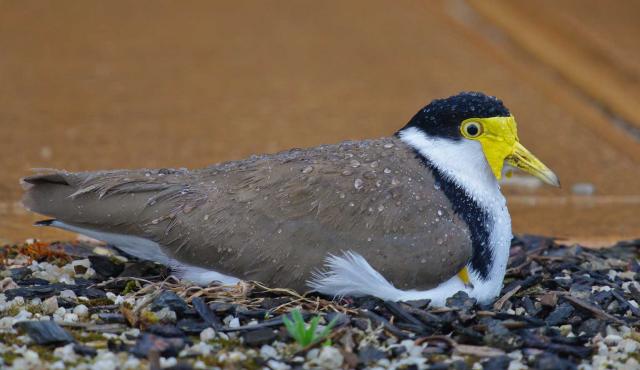 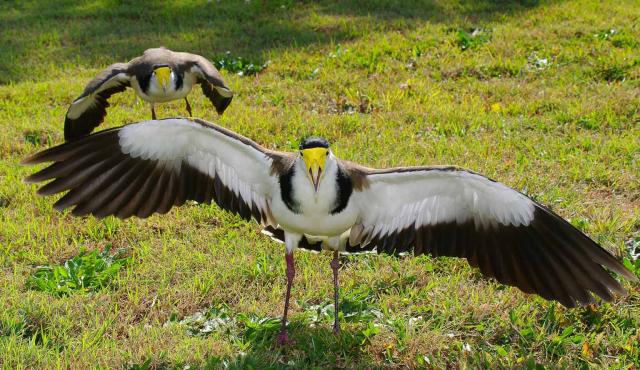 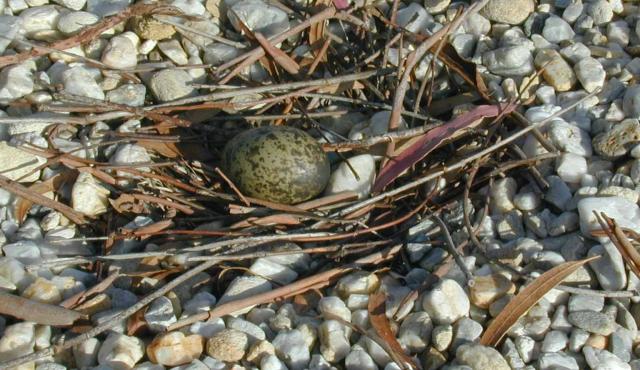 Breeds June-October in southern Australia. In the breeding season this species exists in pairs or small family groups. Large flocks at other times. Opportunisitic breeders. Both sexes build the nest and incubate the young for 28 days. Both sexes also care for the young, swooping aggressively to defend the nest. 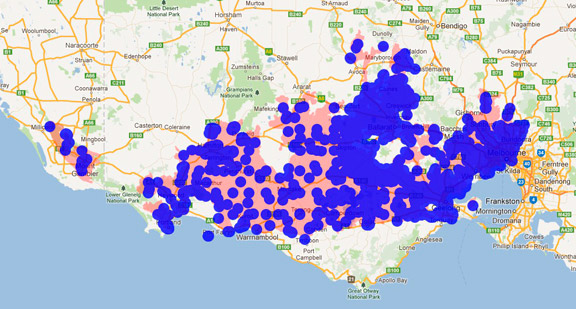 Masked Lapwings use their yellow spurs when diving from above, to scare potential predators or intruders away from their nest or chicks.