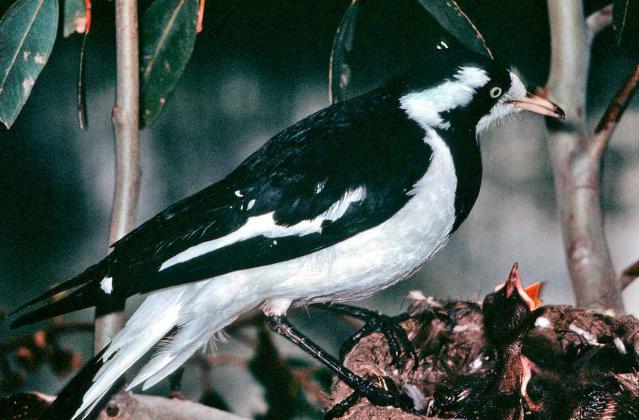 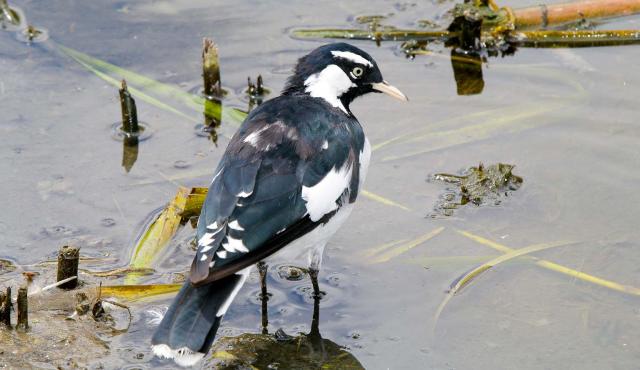 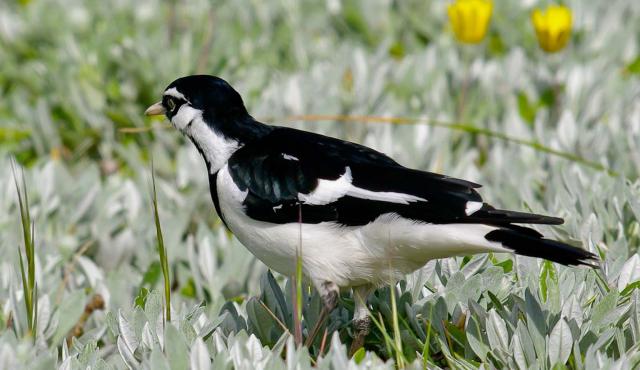 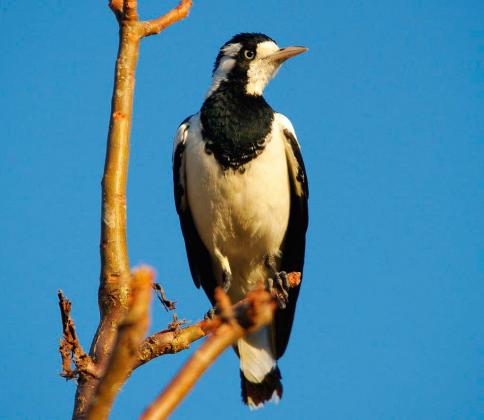 Breeds from August through to February, particularly after rain. Builds a bowl-shaped mud nest, often up to 20 m off the ground in the branch of a tree. Clutch size is 3-5 eggs. Incubation is carried out by both parents for 18 days. More than one brood may be produced if conditions are favorable. Aggressively defends nest and territory.

Found throughout the Australian mainland but is rare and vagrant to Tasmania. Also found in southern New Guinea and Timor.

Magpie-larks are not related to magpies or larks.