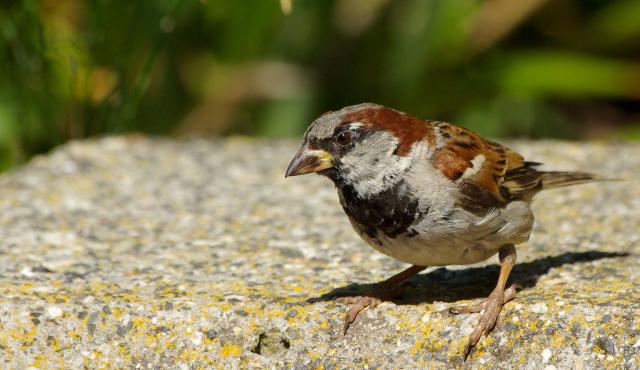 Breeds spring and summer. Builds a bulky domed nest in buildings, tree hollows or shrubs. Pairs mate for life. The female incubates the eggs but both male and female build the nest and care for the young.

Native to north-west Africa and Eurasia. Widespread in eastern Australia and Tasmania including South Australia and the Northern Territory.

House Sparrows were introduced to Australia from Britain in the 1860s.