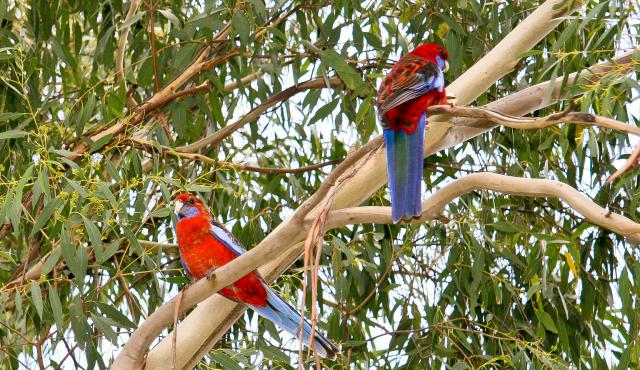 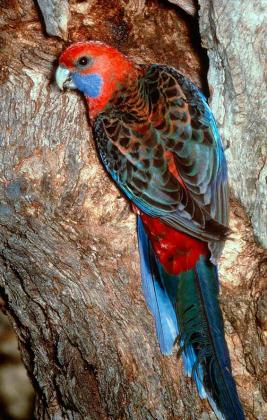 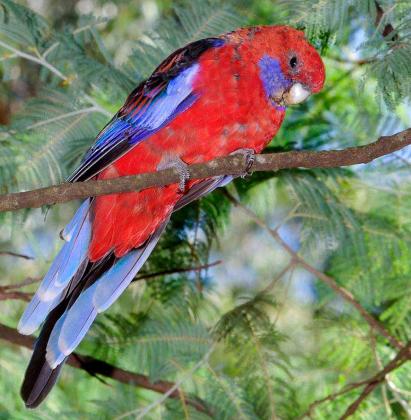 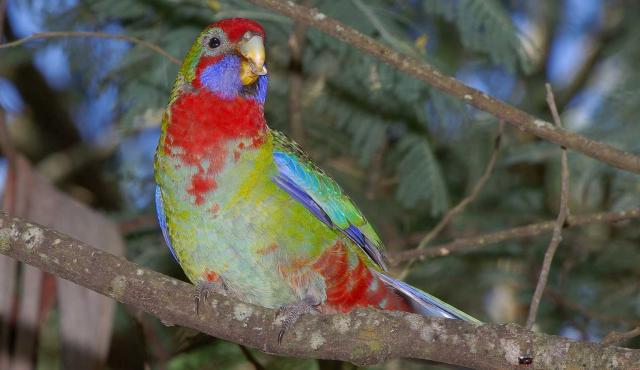 Breeds September-January. Nests in tree hollows. The female incubates 4 to 8 eggs for 20 days. Both sexes care for the young. The chicks remain dependent for 35 days after leaving the nest. Yellow birds hybridize with red birds to produce orange offspring. 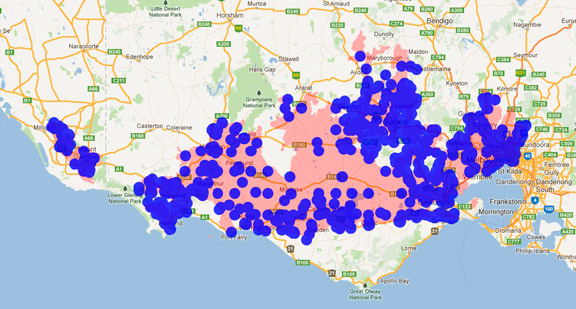 Several populations exist. The crimson variety are found in north Queensland, south Queensland as far as south-eastern South Australia and on Kangaroo Island. The orange variety are found in the Flinders Ranges. The yellow variety is found along the Murray and Murrumbidgee and neighbouring rivers. Crimson birds have been introduced to Norfolk Island and New Zealand.

Immature Crimson Rosellas have blue cheeks but are largely green-olive with a patchy crimson forehead, throat and under tail-coverts.