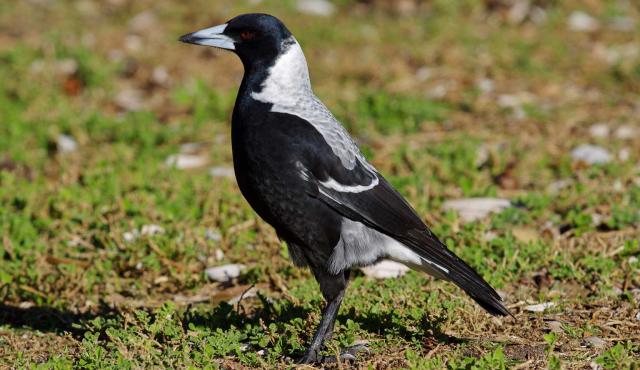 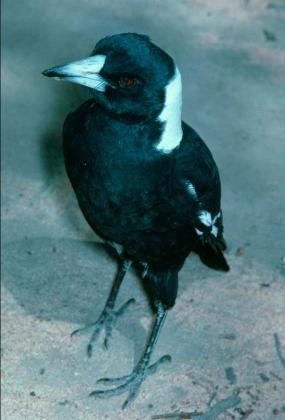 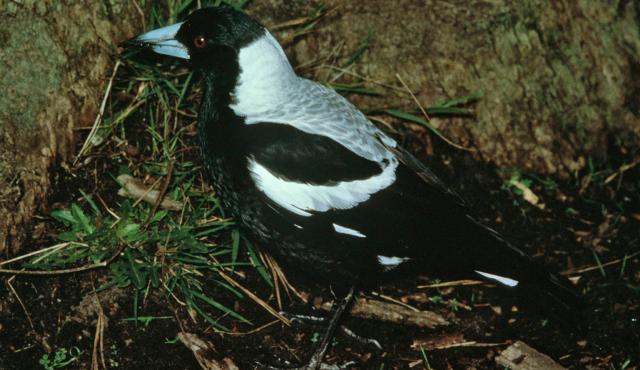 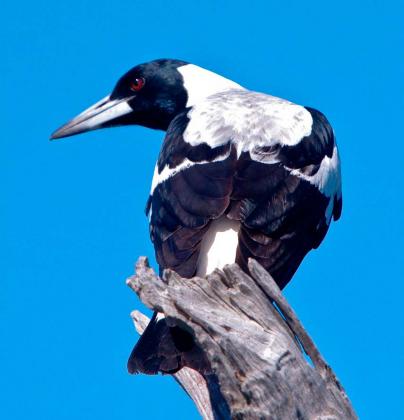 Lives in family groups. The breeding season lasts from June through to December but usually occurs from August-October. Builds a nest in the fork of slender upper tree branches, 5-20 m high. Clutch size is 1-6 eggs and is incubated by the female for 20 days. Young are fed by the female and occasionally the male. The male defends the territory. Young fledge at 28 days. Some individuals become aggressive and swoop intruders during the breeding season.

Found across most of Australia except the tip of Cape York, the Gibson and Great Sandy desert and south-western Tasmania.

Australian Magpies are very well-known Australian birds. Their call is often associated with the Australian bush.